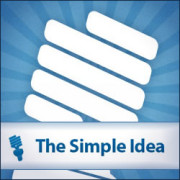 How do you help lots of people, bring your ideas to market and protect your own rights?

This is a question that we are faced with a lot with my clients at www.VSOstrategist.com and www.PsiPiGroup.com

If you’ve met me or know how we like to think, we say start with the end in mind, and we are also advocates of keeping it simple.

Some people feel that there are no new ideas and the very idea of intellectual property is back to front.

Where do you draw the line?

The key in our view is to keep focussed on the end goal.

What’s prompted this post is the story of the Apple / Samsung court cases. They have been building for a while, and the real ramifications are not yet clear or over.

Apple is looking to secure sales bans on eight Samsung smartphones following its US intellectual property victory in which Samsung was ordered to pay US$1.05 billion in compensation to the iPhone maker. Samsung shares fell by 7.5 percent yesterday, wiping more than US$12 billion off the firm’s value, but the stock rebounded by 1.8 percent today.

Reuters reports that Apple is seeking to ban the sale of eight older model devices, including the Galaxy S and S2 and the Droid Charge. The lawsuit covered 28 devices but many of these are no longer widely available for sale in the US.

The jury found Samsung guilty of infringing Apple’s pinch-to-zoom and bounce-back scrolling patents. The Google-branded Nexus S smartphone was only found to infringe the latter patent. However, Samsung was not deemed guilty of copying the rectangular design of the iPad.

Samsung’s latest Galaxy S3 device wasn’t included in the lawsuit but, as the ruling validates Apple’s patent claims on design features, it could also be used against the flagship device. According to Reuters, Apple may not have to resort to another trial to target the S3 but can include it in a faster-moving “contempt proceeding”.

We won’t comment on live cases or actual work with clients, but you can imagine that things are never clear cut. All parties at the level we’re talking will have hired and worked with competent lawyers, engineers and designers. All of them will have shared similiar influences. Cause and effect is very challenged.

I’m reminded of the concepts of Bucky Fuller about how we all participants on Spaceship Earth (see www.TheSOSday.com and www.BuckyIsBack.com )

As I was growing up there was a similiar conversation building about patent/copyright on food, water and the key elements of health.

Who should own the next wave of telecomms or power?

Who should have that power or authority?

The urban myths would say that companies have bought the best technology and shelved it..

What I do know is that there is a risk that game changing companies get taken out by an oversight.

In our view almost 90% of companies are infringing on someone else’s ideas, patents, etc.. however most of that is not policeable, and even if it were as in the case of one client, you may win the fight and lose the war (They won the patent case.. were awarded close to £1m+ in costs etc.. but the party they won against simply folder and filed for bankruptcy.. net.. they are out of pocket and significantly impacted themselves).

We have some ideas and solutions that are in process.. 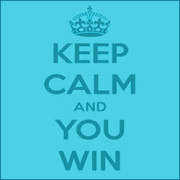 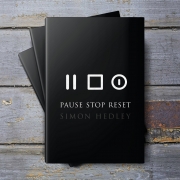