If you’ve not heard of WordPress or Woo Themes, then you have an exciting few minutes ahead, as you uncover what I feel is the start of a new model for entrepreneurs and creativity to be unleashed, leveraged and harnessed.

Woo Themes exist to produce high quality designed themes, initially just for WordPress, but an I hope we played a part in this, now also Drupal and Joomla (I actually got in touch with them several years ago, when they were only developing for WordPress, and I’d like to think helped plant the seed of where they are now).

=> People can use Open Source Software for free. WordPress, Drupal and others have taken over as the most used platforms for publishing websites, their functionality has now gotten to the stage that 10 years ago, would have cost £100k or £1m+.

=> These platforms are widely extensible via modules, plugins, etc.. think of them as Swiss Army Knives for the Web.

The catch..  you need to be “ninja” to use them to the full.. and designers generally found it difficult to get code, developers didn’t get design.. and worse still.. the clients/end users/people like you and I.. were not able to get what we wanted..

=> Woo Themes produced “skins” or “Themes” which make the same content look amazing, and until you’ve seen the impact of CSS/XHTML and moving the styles away from the content.. the impact in terms of interest, sales and creativity can be missed.

=> Woo Themes are amongst the finest in the world, and all have a “feel”

Today we looked at a major client site, with over 100,000 subscribers.. We loved the functionality, the question was asked.. what platform/theme.. and in a few minutes.. we knew it was a WooTheme theme.. we have 100s of sites using WooThemes..

They are focussing on CREATIVITY, and INTEGRITY with their core values. They are producing amazing work which makes a real difference to thousands of people. They have kept true to their passion.. and … they are making money automatedly and scaleably.. A perfect example.. of something that did not even exist as a business 5 years ago.

Check them out today.. Woo Themes 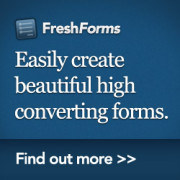 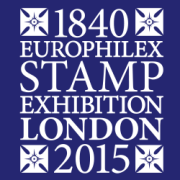