Updates
You are here: Home1 / Updates2 / Events3 / Business & Entrepreneurs4 / Simon speaks on The Future of Leadership at LeaderShapeNOW 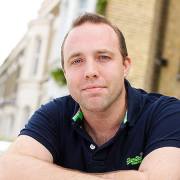 I was invited to speak and partner on the creation of Global Leadership Academies.

I’m clear that Leadership is something that is very misunderstood, and which is changing and transforming. The Leaders I grew up being told where the role models from the past, I’m clear wouldn’t work optimally right now in the modern world or in the new optimal world we’re moving into.

The Future of Leadership is going to be birthed I believe by LeaderShapeNOW.

I was invited to be one of the keynote speakers, and also on the day to help host and facilitate this incredible event that was put together by www.Neslyn.com and included Baroness Stedman Scott, Baroness Marsh, Martyn Newman, Dr Charles Alessi and myself.

The event was a success and we’ve already seen ripples from the people who attended.