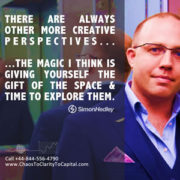 “Who is Simon Hedley?” is a question I get asked a lot, especially this summer.

P.S. My name is Maryam, and I’m writing this in September 2015, after 3 months on the inside of Simon’s world.

My answer used to consist of me shrugging my shoulders and apologetically looking into their eyes and saying “I don’t know how to describe it to you”. It’s like asking a dog to explain quantum physics, a tangled mess of words that don’t seem to make much sense. My answer is still the same, but not for the reasons you may think. Humans are complex at best; they are fleshy blood sacks that have different layers to them emotionally, physically and mentally. Back then, I didn’t know who Simon was, because I didn’t think of humans that way, but now I know who he is. Not the core to his being, but the foundations that build him.

So now when someone asks me who Simon is, I can break it down into five simple letters:

He is one of the people who have their sensitivity heightened to the max. Being completely sensitive is a master skill, but can have its drawbacks. Yet, this skill allows him to look at the finest detail and see things others may not, which helps him in his life and business. I’ve watched him be so sensitive to his surroundings, that he started two new projects in the space of 15 minutes. To be around someone with that type of skill is incredibly interesting, as you start realising things you never first noticed. It’s like his skills and intellectual property rubs off on you without you even noticing.

What makes someone truly intelligent is not how well they did at school, or how high their IQ may be, but more so how they deal with the fact there is so much that they don’t know. We credit ourselves as human beings on what we do know, and know very well, but what we’re not comfortable with discussing is the unknown. Intellect is the ocean of our body; we’ve only explored what we know and not what we don’t. There is no doubt in my mind that Simon is intelligent, you get that from the first few minutes of meeting with him, but he has a serious awareness for what he doesn’t know. He takes it upon himself to learn anything and everything and become a sponge for knowledge. He absorbs new information and processes it quickly, like he’s dehydrated and needs water immediately. There is no “speciality” with him, any kind of project you throw at him he will know how to tackle it. Yes, there is plenty for him to learn, but no one ever stops learning and if we never stop learning measuring intelligence becomes fairly limited; because knowledge then becomes limitless.

Simon’s mind works at 100mph which, for the first few weeks of meeting him, can throw a lot of people off. You will learn from him and he you. It doesn’t matter if you’re having a one to one or you’re speaking in a group, he will upgrade your thinking in such a subtle way you won’t even notice.

The reason his mental library is so vast is because he allows himself to be taught, and that is an ability that makes for a good mentor. There are many of his mentees, to which I include myself, that have experienced what the mentor side of Simon is like. I’ve met a variety of mentees that range from students needing help to business owners seeking to take their ventures to the next level. It’s one of the layers that Simon has to him; this need to help as many people as he can because he wants to. These people are rare. So often do we bump into people who say they want to help the world become a better place, but don’t actually put a plan into action to help that vision come true. It’s doesn’t matter what type of project you need help with, because Simon does not back down from a challenge. If he can’t help you directly he’ll put you in contact with someone who does. There is not “I tried” or “I’ve failed”, I don’t even think they’re phrases part of his vernacular, there’s more a “we can do this” and “I won’t give up” even if you want to. It won’t be easy, you’ll have days where you don’t understand what’s going on and why he’s making certain decisions. What you need to remember about Simon is that he can look at a situation objectively, and give you the best advice he can on it. You’re swimming through murky water and the currents are just whisking you away to somewhere you can’t see. There could be sharks where you’re going or worse predicaments. As a mentor Simon can see through the murky water, because he’s been through it before and he can get you through it.

He’s original. Lock him in a room with a tooth brush and a can of tuna and he’ll somehow make a satellite. He is a factory that is constantly pumping out ideas for new projects. There are countless times we’ve been chatting and he’ll interrupt with a bizarre idea that, at first, you don’t understand. Then he develops the idea and works on it and suddenly you find yourself thinking what a good idea that was. The creations are continuous, some more successful than others, but they pop out of the blue. Simon can incorporate mathematical, visual and creative thought patterns to cultivate and produce unique ideas and results. Some find it weird, and I suppose in the first instance it is, but when you get used to it you see how useful it can be. You start to be even more creative than before, sometimes the ideas he has are eccentric but everyone needs some eccentricity in their lives. You just have to tone down the crazy to see the gems.

Never ending is an unusual word to describe someone, but Simon is that. There is not “the end” till the job is done and even when the goal is reached there’s still work to help to optimise the project. He won’t let you quit, quitting isn’t an option. There is no plan B with Simon only plan A. We all have low points in life where we think we’re failures or that we’re not good enough for our dreams, and the familiar voices of friends and family telling you to not give up soon become back ground music, you need a support network that’s impartial. He knows that nothing is impossible, so there’s no real reason to give up.

He becomes a support network for people who need it, their advisor, and the person that will listen to you no matter what. He’s not a therapist, but an investor in good people. Sometimes people need someone to invest in the values they have a person, not just their business, and Simon is someone who does that very well.

Journey’s don’t end when you’ve reached the destination, sometimes they do, but majority of the time they start a new one. I’ve seen him go through multiple journeys through life and business, some that were hard and some that were easy – but even through the hard times he soldiers through it.

For you to ask who Simon is means that there is something that you don’t understand about him, and to that I ask you to try and figure out what it is that puzzles you.

You can have me tell you who he is or you could do something even better, you can experience him for yourself.

I know who Simon is to me, but that may be different to your experience to him. These are his foundations; this is what gives him a big heart and even bigger dreams.

Sometimes the complicated questions we ask ourselves have the simplest answers that have been in front of us the whole time. So, who is Simon Hedley? That is simple, he is Simon.

Note:
This was written by Maryam Elahi in Sep 2015, after 3 months on the inside of Simon’s world.

Ready to get in touch..

What people say about me.. Marcus Corah Recommends

Why should I listen to Simon Hedley? 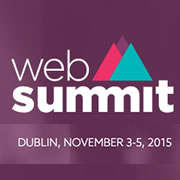 How to manifest a millionaire
Scroll to top